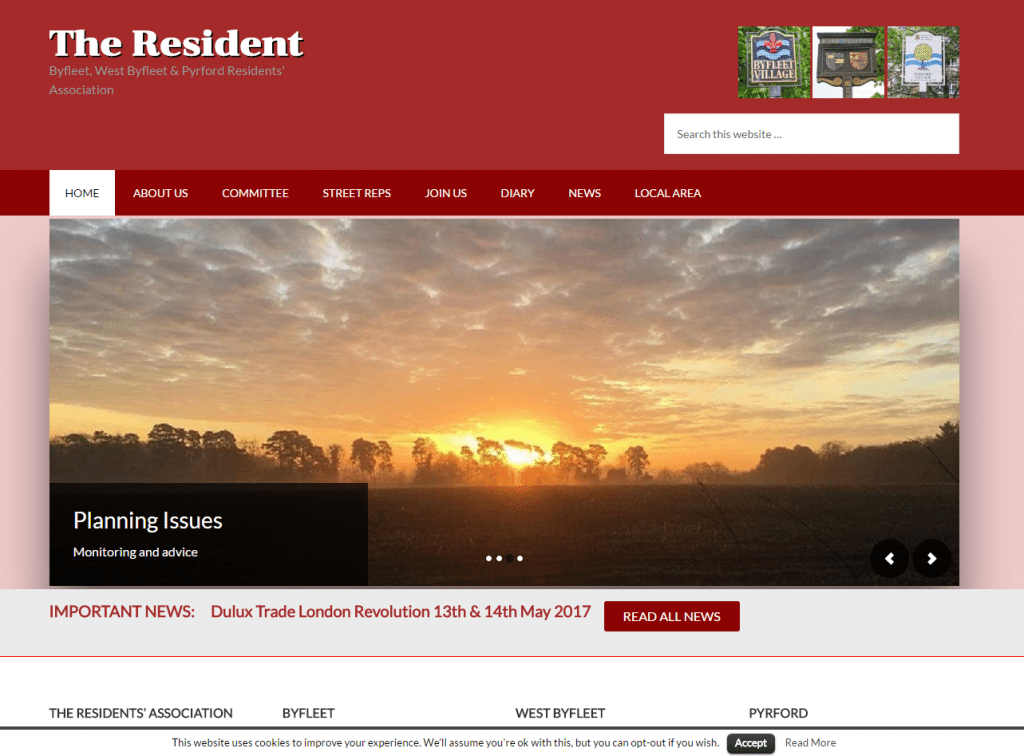 Their old site was in desperate need of updating, as there wa sno easy way to change content, and the design was from the very early internet era.

Moving to a WordPress CMS has enabled several of the volunteers to become content editors.

Being a community project the budget was low. The website was built on Genesis framework using a standard Studio Press theme, and the colours were modified to match those used on the printed residents magazine.

A couple of neat features were incorporated, such as integration to a Google calendar to show up coming events https://the-residents.org/diary/ and also a directory of local businesses using free WordPress plugins.

The budget was low and as a community project we contributed some of our time as a donation.

As the association also needed a system to record memberships, we implemented a not-for-profits CRM at the same time.

Building websites for local businesses doesn’t mean we have to be local to you – the power of technology!